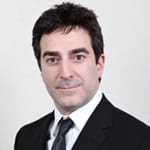 So much is being written these days about Canada being a debtors’ nation, and that average household debt is at an all-time high. What kind of relief can people get from their debts? There are several approaches, some of them worthwhile, some of them offensive.

We recently spoke with Jordan Rumanek of Rumanek & Company Ltd. Jordan is a licensed insolvency trustee and Administrator of Proposals whose firm processes well over a thousand insolvency files each year in the GTA.

Ross: What seem to be the most prevalent ‘tipping points’ for people seeking services of Rumanek and Company? In other words, what single event brings them to the point of seeking relief from their debts?

Jordan: There really is no single event. Everyone’s situation is so different.  I will say the two most common triggers are wage garnishees and collection company harassment. Of course, there are many reasons that things get bad in the first place, such as relationship breakdown, job loss, or business failure.

Ross: Of the thousands of clients helped by your firm each year, what percentage  choose personal bankruptcy for relief from their debts?

Jordan: Fewer than half the people we help file  bankruptcies. The majority of the filings at Rumanek, more than 60%, are consumer proposals.

Ross: What is a consumer proposal?

Jordan: A consumer proposal is essentially an offer made to creditors for partial payment of the total amount owed. If the debtor can afford to offer a reasonable monthly payment to the creditors, we present that offer to the creditors for consideration. The creditors know that the alternative is usually bankruptcy, which gives them an incentive to accept a proposal.

Related article: Debt matters – such a problem in modern society

Ross: What circumstances are more suited to a bankruptcy rather than a consumer proposal?

Jordan: In a bankruptcy, the Trustee has a legal obligation to realize on the debtor’s assets, such as home equity or RESP’s. Usually this takes the form of repayment to the trustee of the value of the assets. If a debtor has significant assets, a bankruptcy may be extremely expensive for them. A consumer proposal does not give the Trustee an obligation to realize on assets.  The value of the assets must be addressed, but the proposal provides negotiation space. If the creditors accept the offer as a good deal when compared to what a bankruptcy would generate, everyone is satisfied.

It is generally known in the insolvency community that the creditors will want at least 30% of their debt back in a proposal. Sometimes we offer less, and the proposal is accepted, but if not, we continue negotiations. Sometimes the bankruptcy discussion is the next logical step.

Ross: Is it true it’s easier to declare bankruptcy than it is to be discharged from bankruptcy? Why is that? Are people negligent when it comes to fulfilling their responsibilities as a bankrupt?

Jordan: This is a true statement. Declaring bankruptcy requires providing lots of information, signing a series of documents, and making some payments for the administration of the file.

The Bankruptcy and Insolvency Act is intended to give an honest but unfortunate debtor a fresh start, free of the burden of their debts. While wiping out those debts, however, there are certain things a person must do as part of the bankruptcy process. These duties are listed in the Bankruptcy and Insolvency Act, and include assisting in the realization of assets, attending two credit counselling sessions, and responding to the trustee’s various letters and requests for information.

It is not usually difficult to keep up with the duties of being a bankrupt, but sometimes life gets in the way. Some people heave a sigh of relief after they sign the initial papers, and then lose interest in the process. Unfortunately, if they ignore their responsibilities, we will be forced to oppose their discharge, which means they will eventually require a court hearing.

Ross: How much does it cost to go bankrupt or file a proposal? And how can people pay you? After all, they are insolvent.

Most trustees will provide a free consultation to review a person’s financial situation and give you an opinion of the possible and practical solutions. A person who has no money at all may be creditor-proof, meaning that they cannot be touched by collection action of any kind, and may not need to file a bankruptcy or proposal.

It is those who have some income, but not enough, that need help. The basic cost of an uncomplicated bankruptcy is $1,800, but this varies based on an individual’s situation, such as monthly income, assets, and the particular circumstances of their bankruptcy.

The trustee’s fees for a consumer proposal come from the proposal payments themselves, so there is no additional cost, separate from those monthly payments.

Many thanks to Karen Adler, CIRP, who reviewed and improved this post. Karen is a federally-Licensed Insolvency Trustee with Rumanek & Company.

Karen has contributed to the educational materials and development of the national CIRP Qualification Program for trustees, and conducts seminars on bankruptcy and consumer proposals for  CAMH’s Problem Gambling Institute.

Jordan was interviewed by Ross Taylor, a debt specialist and mortgage broker who writes frequently at www.askross.ca

Latest article: The government of Canada is taking action in order to provide assistance and flexibility to …